RUSH:"Twin Suicide Bombings Rock the Iraqi Capital." This is CNN. The foreign policy failures of the Biden regime are starting to mount here, folks. You look at the timeline here. Joe Biden's inauguration triggered violence in American cities and abroad. Did you see what's going in Portland? Did you see the violence in Portland? Antifa is attacking Democrat Party buildings. And the political powers that be in Portland are begging them to stop with megaphones, with Al Sharpton megaphones today begging them to stop. 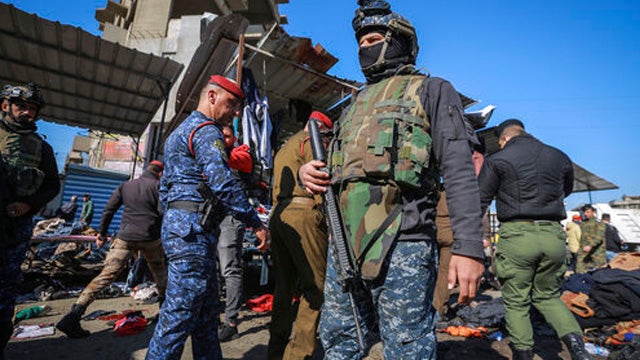 And Antifa is saying things like, "We don't want Biden. We want revenge." They're just at all satisfied with what the Democrat Party has done to get even with what somebody else did that has ticked off Antifa. "Twin suicide bombs rocked a busy market in central Baghdad," this morning, Baghdad time. They're about eight hours ahead of us, maybe six. Killed at least 32 people, injured 110 others, according to officials and state media. "Security forces say they pursued the two attackers before they blew themselves up. It was the first suicide attack to strike Baghdad in nearly two years." 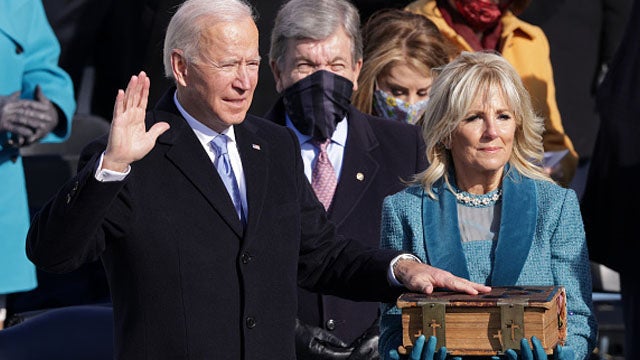 It was like when General David Dinkins was elected mayor of New York, the homeless smelled nicer that day, the birds were chirping more happily, the sky was bluer. The refuse in all of the garbage cans didn't smell as bad. That's how they reported it. You remember that, Mr. Snerdley? So that was what was supposed to happen there with the election of Biden. Now blowing themselves up in Baghdad. Man, oh, man.

RUSH: All right. Let's go to the audio sound bites. I want you to hear Antifa in Portland. These are ostensibly Democrat activists. These are the people the Democrat Party rolled over for all this past summer. Antifa was burning down the town in Seattle as well along with Black Lives Matter. They didn't do one thing to stop it. They let it happen.

They kept the town roiled and shut down just to damage the economy so that reelecting Trump would be harder. Last night in Portland they had a riot. They attacked the Democrat Party of Oregon headquarters. And the party responded with toughness that we haven't seen in I don't know how long. Oh, yeah! The Democrat Party had a taped message, and they had it looped.

They had a looped, taped message that they just kept playing. They knew it was gonna scare the heck out of these people. They knew how intimidating they sounded. They knew that a taped message via an Al Sharpton megaphone was exactly what was called for. 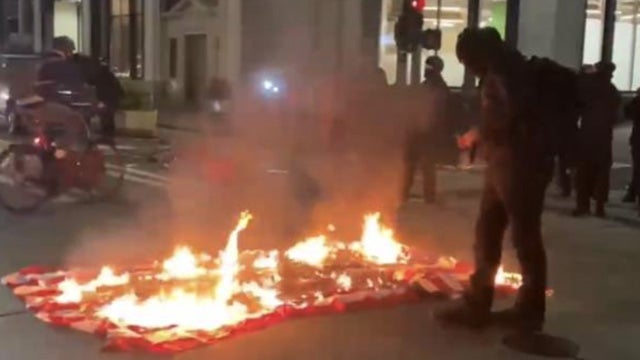 ANNOUNCER: (loudspeaker) Vandalism and/or graffiti is subject to arrest or citation. Criminal conduct is subject due to the use of force, including but not limited to crowd control agents and impact weapons. Stop damaging the Democratic Party of Oregon Portland headquarters! (crashing sounds) Anyone involved in criminal behavior including vandalism and/or graffiti --

FEMALE RIOTER: Why the f(bleep) is that even happening? (smashing glass)

ANNOUNCER: -- is subject to arrest or citation.

RUSH: Are you able to hear that? (interruption) Yeah, good. I was not. It's a good thing I have the transcript because the first half of that I was not able to understand, but it started out, "Vandalism and..." This is the Democrat Party. This is the taped message that they're sending out: "Vandalism and/or graffiti is subject to arrest or citation. 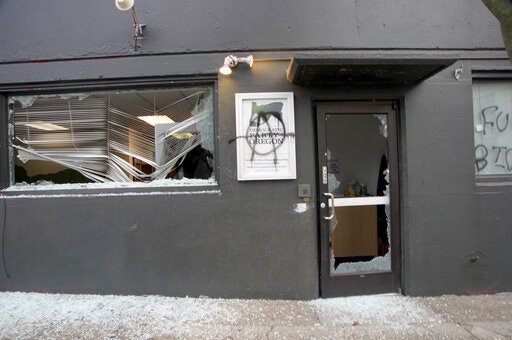 "Criminal conduct is subject due to the use of force, including but not limited to crowd control agents and impact weapons. Stop damaging the Democratic Party of Oregon Portland headquarters," and then the next thing you heard was the building being damaged, as Antifa continued its assault. Well, they've already trashed the police station; so now it was time to take aim at the Democrat Party of Oregon headquarters.

(sniveling voice) "Anyone involved in criminal behavior including vandalism and/or graffiti..." (And Antifa rioter said, "Why the f--- is that even happening?" and then some glass broke. An unidentified protester starts reacting, and then we had more threatening rhetoric via looped tape recording:) "...is subject to arrest or citation. Stop damaging the Democratic Party of Oregon Portland headquarters." That was really gonna be effective, right?

BIDEN: White supremacists. Antifa's an idea, not an organization.

TRUMP: Oh, you gotta be kidding. 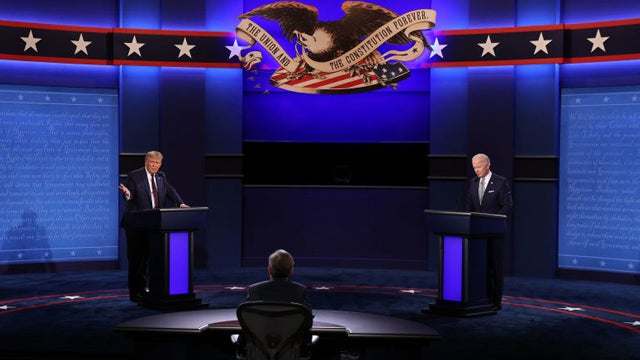 TRUMP: Well, then, you know what? He's wrong.

TRUMP: Antifa is a dangerous --

RUSH: That was during a presidential debate September 29th. That was in Cleveland. It was moderated by Chris Wallace, who, by the way -- Chris Wallace -- said that Plugs' inaugural address was the best he'd ever heard. So I went to the White House website to get copy of it. Folks, you ought to see it.

Most of the sentences are no longer than three words, 'cause I think that's all he can do reading a prompter. Most of that inaugural address was sentence fragments. Anyway, you heard Plugs say, "Antifa is nothing! They're not an organization. They're just an idea." Right. As they destroy Portland.